Kickball for a Cause Rules 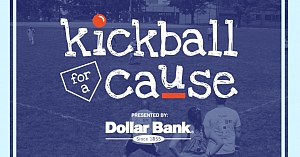 PSL Kickball for a Cause Rules

All playoff games are 5 innings.

12 Teams total - the top nine teams (the top team from each division) and three wildcards - will advance to the single elimination championship bracket. The second place teams from each division are eligible for wildcard spots based on the following ranking:

The PSL strives to provide a safe, welcoming, inclusive, and fun atmosphere while providing a high quality recreational experience for all participants. We place a high priority on sportsmanship and expect it to be displayed throughout at all times.

Unsportsmanlike behavior includes but is not limited to the berating of an official, harassment of another individual, use of slurs or other offensive language, threats, dangerous or excessive physical play, lying or misrepresenting your identity, and any other behavior deemed inappropriate by an official, referee, or a PSL staff member. Note that any player whose words or actions negatively impact an inclusive and welcoming atmosphere at PSL games and events will also be considered unsportsmanlike behavior.

At the end of each game our officials will be rating each team on their sportsmanship throughout the game on a scale of 1-3. This will be used as a tiebreaker for playoffs.

PSL Spring Leagues are currently postponed due to Covid-19. Learn more on our blog.

Need help with getting your account set up? Check out this email with instructions.